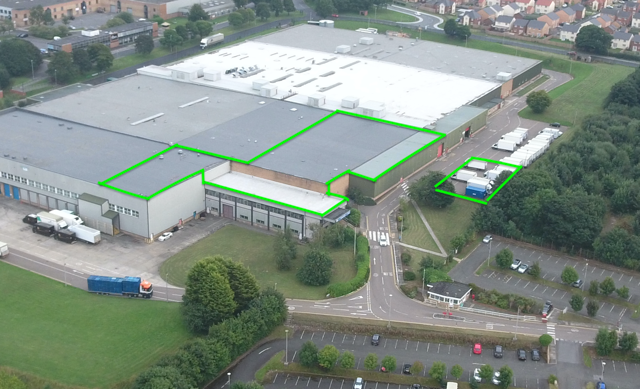 Amazon plans to sublet between 10 million to 30 million square feet of warehouse space, reports say.
It's also thinking of ending or renegotiating some warehouse leases.
The e-commerce giant ramped up capacity during COVID-19, but now has to cope with over-expanding.

Amazon is planning to sublet up to 30 million square feet of warehouse space or renegotiate leases, according to the Wall Street Journal and Bloomberg. It's the latest sign that over-expansion during the pandemic is now biting the e-commerce giant as economies reopen.

Amazon hasn't decided on how much space it needs to shed, the Journal reported on Monday, quoting an unnamed source. But it's expected to let go of at least 10 million square feet, and may even double or triple that amount, said the person. Warehouses in New York, New Jersey, Southern California, and Atlanta are likely to be affected, sources told Bloomberg in a report on Sunday.

Subleasing, an Amazon spokesperson told Insider, "allows us to relieve the financial obligations associated with an existing building that no longer meets our needs. Subleasing is something many established corporations do to help manage their real estate portfolio."

Amazon had been building up warehouse space and increasing its workforce to cope with booming online demand during the pandemic. By the end of 2021, it was leasing 370 million square feet of industrial space, double the amount in 2019, according to Bloomberg.

But as the pandemic receded and consumers began buying less online, the e-tailer found that it's now dealing with too much capacity. Excess capacity, together with productivity loss and inflation, cost the company $6 billion last quarter, Insider reported.

That contributed to its first-ever quarterly loss since 2015. The company announced it was $3.8 billion in the red over the first three months of this year in an April news release.

As a result, Amazon's been scaling back operations on several fronts. It's adding fewer delivery partners to its network this year and slowing down on hiring new employees.

Amazon did not immediately respond to questions as to whether the plan to cut back on warehouse space would have any impact on the size of its current workforce.

Other online retailers and retail tech companies have been similarly hit by the slowdown as consumers ditch surfing online for in-person shopping. Shopify's revenue sank as economies reopened; eBay saw the value of goods sold on its platform slip 20%; and earlier this month, Etsy's CFO said sales volume was slowing, CNBC reported.

However, Amazon is still relatively cautious in getting rid of excess capacity in anticipation of a potential rebound.

The amount of warehouse space its reportedly looking to sublet is still only a fraction of its total square footage. The minimal sum of 10 million square feet represents about 2.6% of the total space it leased in North America as of the end of 2021, its annual report showed.